HTML5: The Future of Online Gaming is Now! 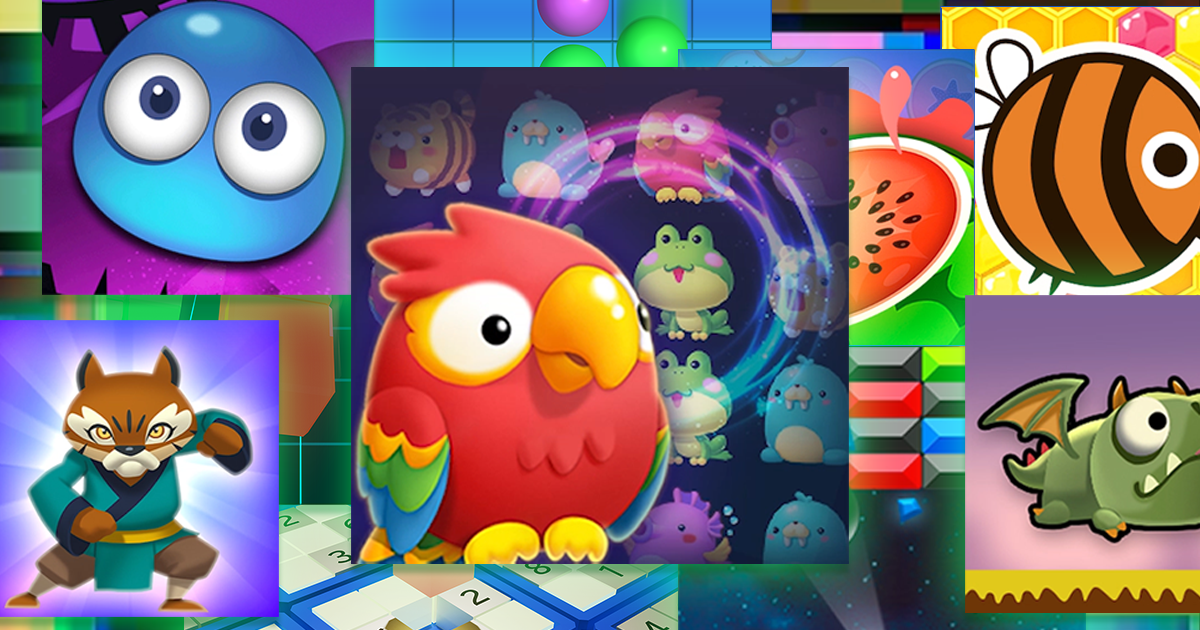 Unless you have been living under a rock without a phone or PC for the last 10 years then chances are you have played an HTML5 game. Have you played Wordle on the New York Times website? That’s an HTML5 game. Have you ever taken a wacky personality quiz on Facebook? You guessed it, HTML5. It is postulated that two thirds of the roughly 3 billion gamers in the world are “casual” gamers, and HTML5 is the language of casual games.

Though largely ubiquitous, the format is still in its adolescence. Going through the pangs of a somewhat rebellious teen phase, it still has a few kinks to iron out before it can truly come into its own. In today’s post we’ll take a quick dive into HTML5 gaming to explain what it is, what it offers, and where it's headed in the future.

WHAT IS HTML5 GAMING?

Simple answer: HTML5 games are games that have been programmed in HTML5, which is the code that websites are made in.This means that you can play the game right in your web browser, which significantly lowers the barrier of entry for potential players. In other words, you don’t have to download or sign up for anything to play. The programming language itself is also highly versatile, able to create every time of game imaginable from casual time killers to full length RPGs.

Due to its accessibility the format offers some obvious advantages for players, game and website publishers alike. For players, it adds an extra layer of fun and interactivity to their time spent online, granting fast access to a virtually unlimited library of games and quizzes. By ‘interactivity’, we mean that games require a user’s attention and active participation in ways that one-way communication like text and video doesn’t. Players interact with the game, with other players online, and with a larger circle of friends on social media. The icing on the cake is that HTML5 games require no downloads, require little or no registration and for the most part, are completely free. High quality games for free, fast, with no strings attached.

From a web publisher’s perspective, the added fun and interactivity that players get, translates to additional user engagement and profit. In short, having games on your website or app that are fun, keeps people there longer. With everything done in-browser, games can easily be monetized to include advertisements, which provides an additional source of income. Gamers not your primary audience? HTML5 can still be used to deliver all varieties of interactive content that would suit your audience better, such as videos, animation, books, manga and more.

Finally, for game developers, the medium offers complete freedom to make the game they want, without worrying that the game won’t be published due to content concerns. The platform for HTML5 is as big as the internet itself. A lack of regulation on content comes with its own set of problems, (as we’ll discuss in a bit), but also leaves the door wide open for unbridled creativity. If a game is rejected by big name publishers, the developer can simply make their own website and then host it there.

The history takes us back to the year 2000, with the release of Adobe Flash. Flash was a web graphics and animation tool that could be used to make games, and that’s exactly what developers did. Flash ruled the ecosystem of casual online gaming for many years. It was during the Flash years that gaming made its first foray into the social media world, with Facebook launching Flash games on its platform that could be shared with all your friends at a press of a button, a feature that would later be walked back on due to an absurd amount of notifications.

While many of us have fond memories of Flash games and animations, it simply wasn’t meant to last. Mainly due to the format not being well suited to smartphones and touch screen devices, Flash slowly faded away and HTML5 became the language of choice when making casual games online.

The trajectory of the budding format would again take a turn with the advent of super apps. Super apps are mobile or web applications that provide multiple functions and services, effectively becoming a one-stop-shop for all of a person’s online needs. In 2011, WeChat, a Chinese messaging, social media, and electronic payment app with over a billion users, was the first super app to include HTML5 games as part of their experience. Soon, other super apps and sites like Facebook, LINE and Snapchat followed suit, introducing HTML5 games to their platforms. This trend continues today, and as recently as this year, it is rumored that TikTok will soon begin dipping its toes into interactive HTML5 gaming that would allow creators and viewers to play together live.

However, the burgeoning medium has certainly had its fair share of growing pains. Since its release on WeChat, China has cracked down hard on online gaming. In a governmental push for tighter data privacy rules and to combat gaming addiction, China banned new games from being published on WeChat until further notice. Chinese game developers were suddenly left with no domestic outlet, and the floodgates were pried open on international platforms. Facebook was suddenly inundated with a mass of Chinese games. With a fairly loose screening process in place, Facebook’s HTML5 platform,  Instant Games,  was overrun with thousands of low quality games and games featuring stolen copyrighted content. And so, Facebook went about the task of establishing a stricter screening process that games needed to pass before being published on the platform. Now, each game is tested for quality, and only games offered by officially recognized partners have a shot at being published.

THE FUTURE OF HTML5

And with this, we arrive at today. Although HTML5 has been out there for over a decade, it is still very much the wild west. Many of the boundary lines have yet to be drawn on where and how HTML5 games will fit into the larger ecosystem of gaming.

While the future is unknowable, one thing is certain – gaming is here to stay. The big social media super apps are constantly experimenting with new ways to make games more interactive and immersive, allowing users to connect in new and exciting ways. For smaller indie developers, HTML5 is an open white canvas waiting to be painted on. In the meantime, development and monetization technology will continue to improve and HTML5 will continue to evolve as it faces new challenges.

Beyond gaming, HTML5 is part of a larger shift in the way multimedia content is being delivered to people; the shift towards instantaneous and interactive. The same low barrier to entry and ease of publishing has creators and publishers of all kinds looking to HTML5 to get their content out there. Games, video, music, books, magazines, manga, quizzes, animation, and more – anything that Flash can do, HTML5 can do better.

Posted in KNOWLEDGE
Scroll To Top